Meituan-Dianping, the Chinese on-demand services unicorn, recently disclosed plans to go public on the Hong Kong Stock Exchange. The company hopes to raise about $4 billion, implying a valuation approaching $60 billion, or more than double its most recent private valuation. We reviewed the nearly 600-page filing, and recommend reading it if you are looking for a primer on China’s Internet ecosystem.

Meituan’s listing, however, follows Xiaomi’s somewhat disappointing IPO, which the market valued at almost half of the company’s initially expected $100 billion valuation. Fears of a trade war between the United States and China might have prompted investors to doubt whether Xiaomi could access the American market.

We believe Xiaomi IPO to be a milestone event and a sign for Chinese unicorns waiting to go public. Thanks to a boom in Chinese private tech companies, the nation now mints more unicorns than any other country in the world, including the United States.

2017 was a record year for the Chinese venture capital ecosystem. Chinese venture capital fundraising hit $50 billion last year and is now approaching that of the United States. Traditional VCs along with tech giants, Alibaba, Tencent, and Baidu, poured an estimated $45 billion into Chinese startups last year. According to data by CB Insights, China is now home to more than 60 private companies with a market cap above $1 billion, compared to just a handful 5 years ago. 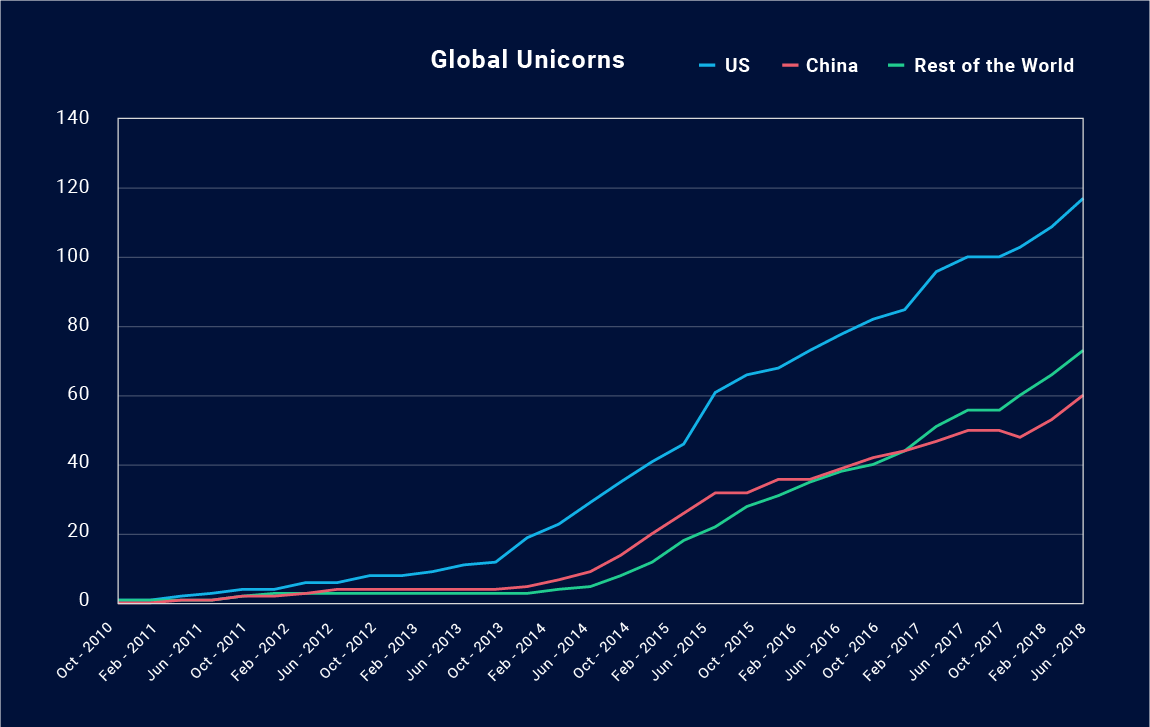 A quick look at the world’s top 10 unicorns further highlights China’s ascent to a world leader in innovation. Six of the top 10 unicorns hail from China and enjoy a combined market cap of more than $400 billion. The remaining four American unicorns are worth $150 billion. For the Chinese unicorns, the potential of the Chinese and Asian markets, where these companies are dominant players, combined with large investments from SoftBank and Tencent, has boosted valuations in recent years.

Exhibit 2: Six out of the top 10 unicorns are from China 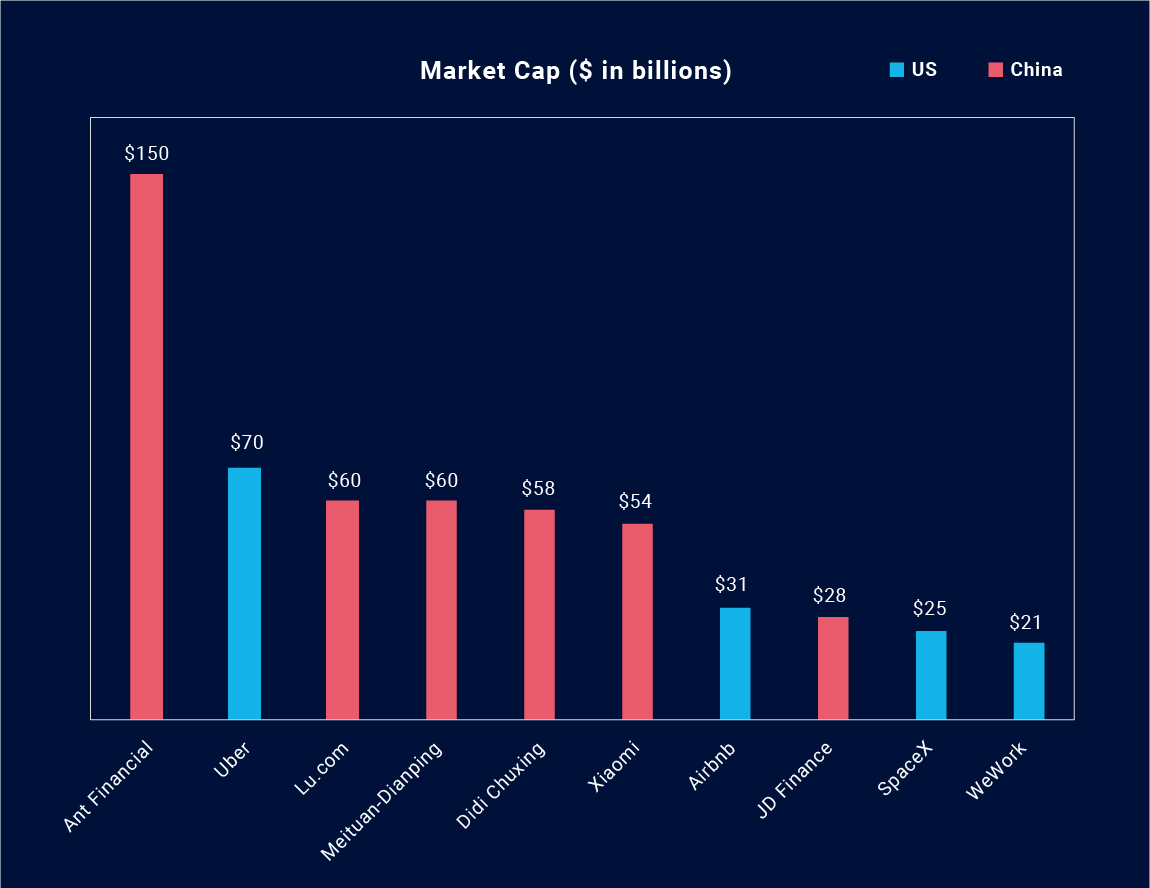 The media has generally regarded Xiaomi’s entrance into the public markets as underwhelming and disappointing. Xiaomi’s $54 billion market valuation still places it among the top 5 largest IPOs of all time. That is no small feat.

We can attribute Xiaomi’s modest performance on current macroeconomic conditions and geo-political uncertainties. Tensions between Washington and Beijing, culminating in the possibility of an extensive trade war, has roiled capital markets. Public markets, however, have not suffered much— at least not yet.

Xiaomi might have also hurt its own IPO prospects with the way it pitched investors. Since hardware companies have traditionally struggled as publicly-traded firms, Xiaomi marketed itself as an Internet services company, even though the company generates only 8.6 percent of its annual revenue from this business. If Xiaomi wants its valuation to reach $100 billion, the company must continue to win a greater share of higher margin Internet services. Under the hood, Xiaomi is a strong company with sound growth potential beyond China. Notably, Xiaomi has increased its market share in India, edging out Samsung with most smartphones shipped in Q4 2017, according to Counterpoint Research. 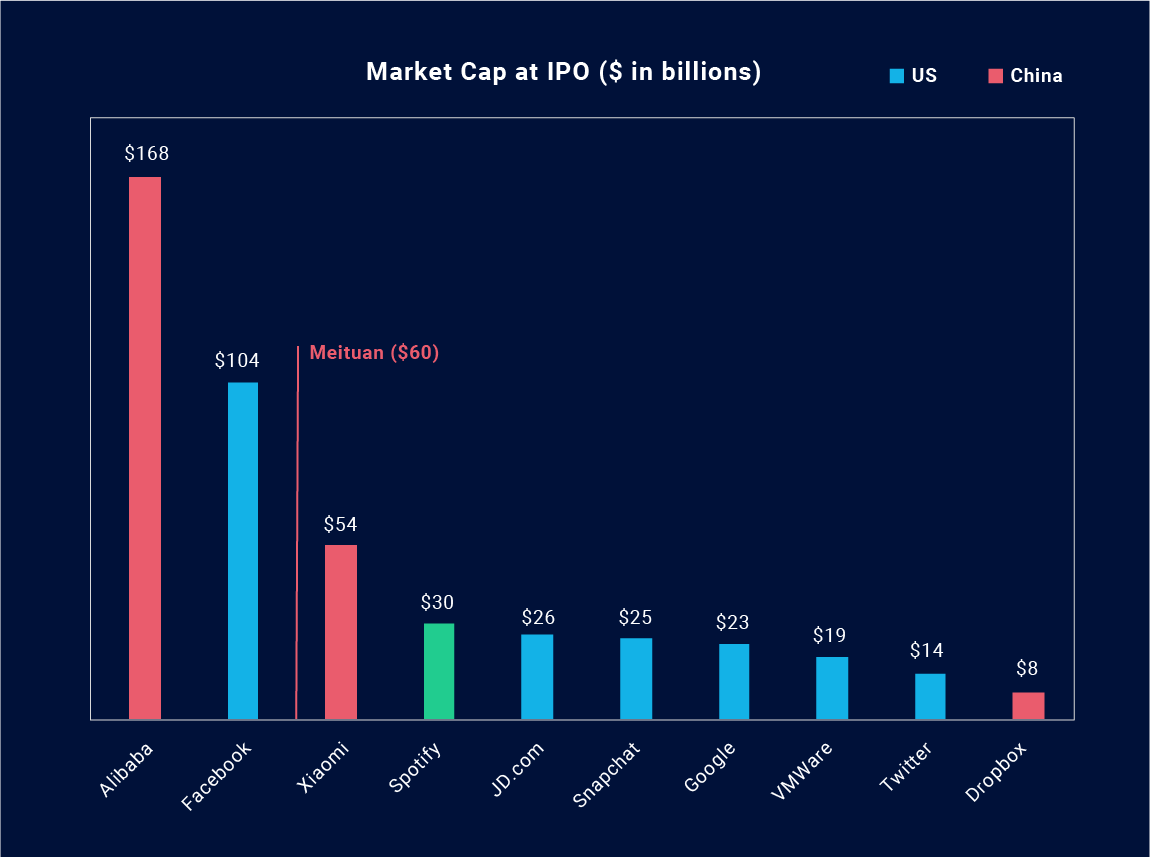 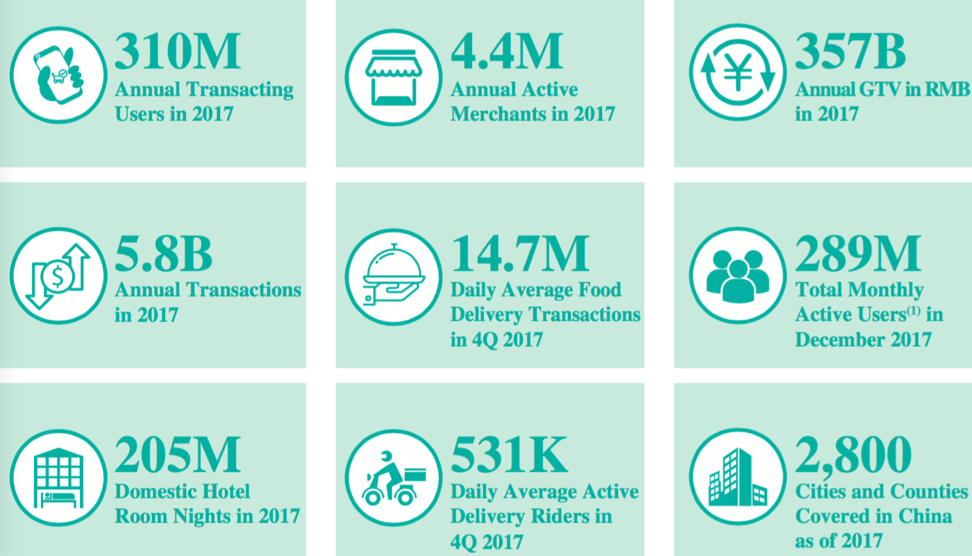 Growth track record: Meituan’s individual businesses have generated impressive sales growth, ranging between 1.5x and 2x to over 6.5x all in the course of just two years. When combined, the numbers become even more meaningful. As an app platform, Meituan has increased the number of users on its platform and average number of times users perform a transaction.

Equally important, Meituan has more than doubled the number of active merchants on its platform. More merchants means more offerings, which encourages repeat business from existing users and attracts new ones. 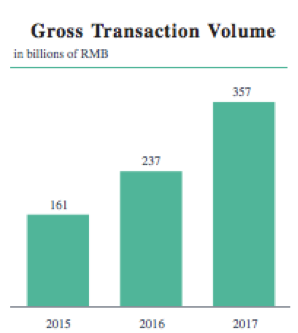 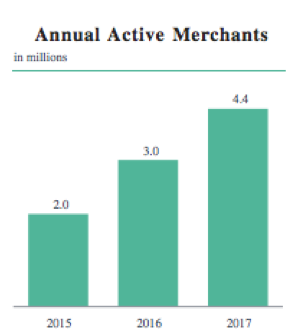 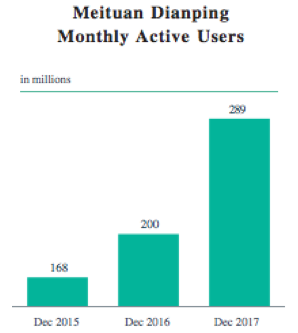 One-stop shop for all products and services

Meituan’s filing provides a picture of the breadth of services offered on the platform. Beginning as simply a site to make restaurant reservations, the company now allows consumers to do everything from book movie and airline tickets to order food and groceries online, as well as offering businesses cloud-based ERP and supply chain solutions. While American companies like Groupon, Yelp, and Kayak offer individual services, Meituan collectively provides all of these services to Chinese consumers.

Ongoing losses and cash burn: For 2017, Meituan reported an RMB 3.8 billion operating loss and EBITDA loss of RMB 2.7 billion. Both these figures are an improvement compared to prior years. Given the level of planned investments, we believe Meituan will likely continue to burn cash throughout 2018 and 2019. As a result, Meituan’s gross margin declined to 32 percent last year from 69 percent in 2015.

Competition across the board: Per its filing, Meituan’s primary competitors include Alibaba Group and Ctrip.com, two large companies with significant resources. Meituan competes on food delivery and in-store services with Alibaba and hotel and travel and transportation ticketing services with Ctrip.com. Meituan also competes with its own backer, Tencent, on its payments service. Additionally, with so many services offered, Meituan faces competition from smaller companies that each offer these individual services.

Significant sales and marketing spend: Despite decreasing over the past three years, selling and marketing expenses still represent a significant percentage of revenue. As the company continues to grow, Meituan will require significant cash to maintain and support that growth. 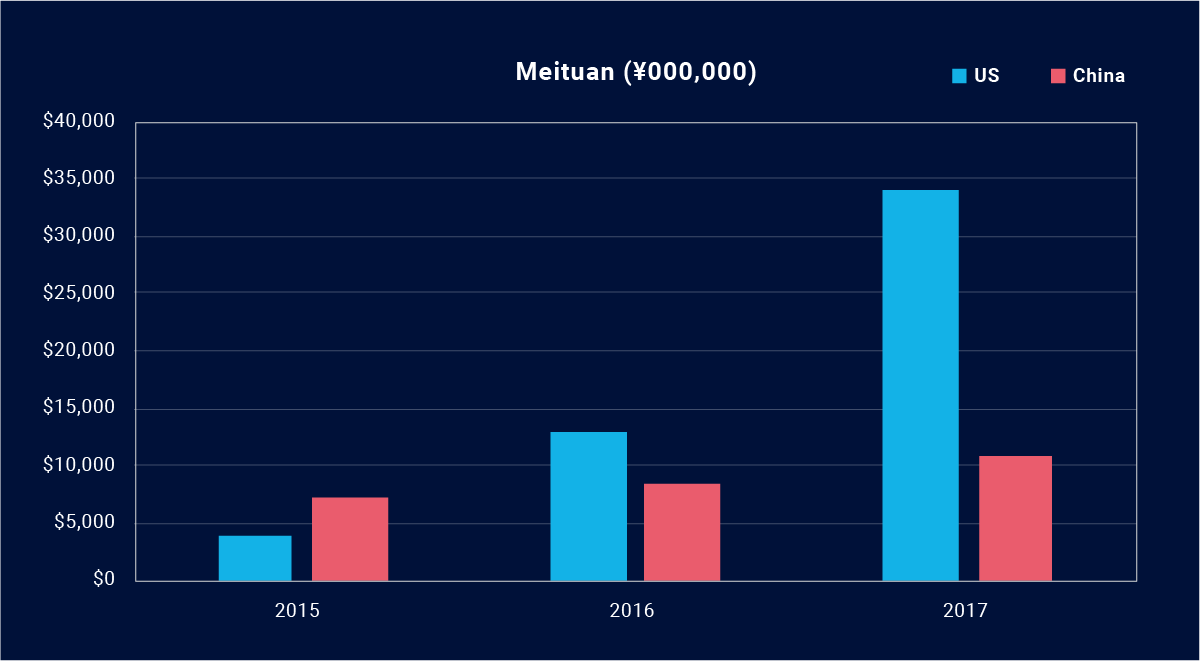